The Town of Light: Deluxe Edition Coming to Nintendo Switch this Spring

To download assets for The Town of Light, please visit: http://bit.ly/TOLPress 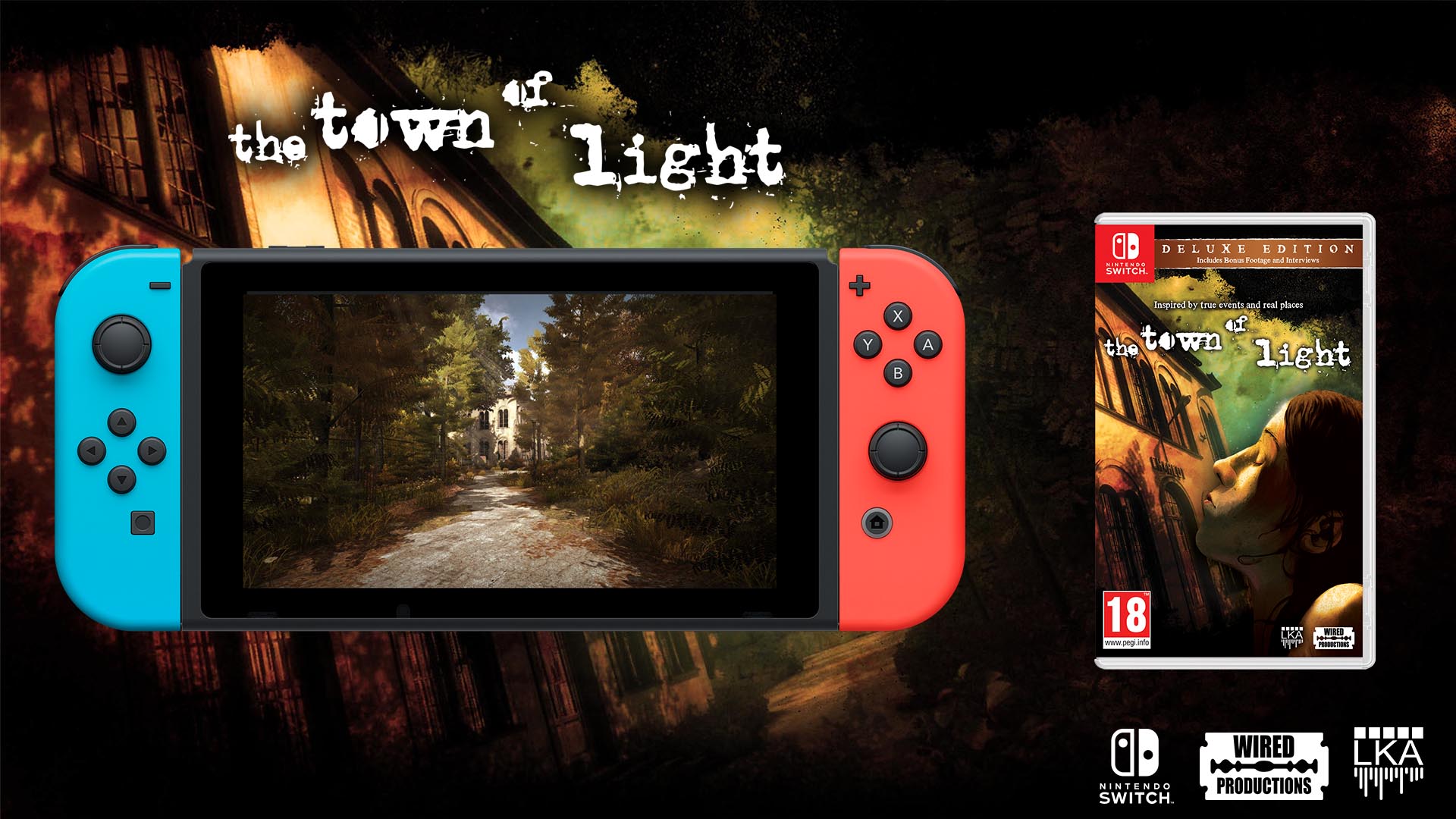 Watford, U.K. — February 1, 2017 — Wired Productions, a leading games publisher and developer, and LKA, a leading Italian games studio, are pleased to announce The Town of Light: Deluxe Edition will be released at retail and digitally only on Nintendo Switch this Spring.

Players can check out The Town of Light in the accolade trailer:

The Town of Light is an evocative and historically inspired exploration of mental health and its treatment in the mid-20th century.  Played through the fictional eyes of Renée, a 16-year-old girl who suffers from symptoms of mental illness, players must search for answers to the many questions of her past, while exploring and uncovering the place where she spent most of her youth. What happens next is a dark and emotional journey where the lines of interactive entertainment, storytelling and reality frequently tend to blur.

The Deluxe Edition builds on The Town of Light’s 2017 console release with a collection of documentary content, allowing inquisitive players to learn about the hospital at Volterra and the lives of its patients, for the first time within the game’s release.

“We’ve been overwhelmed by the support The Town of Light has received around the world,” said Leo Zullo, Managing Director, Wired Productions, “we are delighted to continue our journey with LKA and to bring The Town of Light, a game which has provoked valuable discussion around its subject matter, to an even greater audience.”

“We created The Town of Light to talk about mental health,” said Luca Dalcò, Studio Head at LKA, “bringing the game once again to an all new format allows us to continue that mission. Our relationship with Wired continues to go from strength to strength.”

In September 2017, Wired Productions and LKA embarked on the ‘You Are Not Alone’ campaign, with the aim of raising awareness of mental health both inside the games industry and with its players. During the campaign $10,000 was raised for Take This, Inc, a non-profit charity who help to provide basic mental health care for those who can’t afford it as well as ‘AFK Rooms’ at some of the world’s most prominent video games events.

Wired Productions is an established computer games publisher based in Watford, Hertfordshire, UK. Founded in 2008, Wired have produced over 40 titles for many global publishers and are part of the team responsible for the 1.5 million unit selling We Sing franchise. In 2013, Wired moved into console publishing on all major platforms. Notable launches to date include Let’s Fish! Hooked On, Tiny Troopers Joint Ops, Last Inua, Super Dungeon Bros, Victor Vran: Overkill Edition and The Town of Light. In 2017, Wired Productions published Max: The Cursed Brotherhood, Surf World Series, Vostok Inc. and more.

LKA is an independent game development studio based in Florence, Italy. LKA.it was founded in 2014 by the veteran artist Luca Dalcò, with a clear objective, to create strong story driven gaming experiences. The Town of Light was first launched on PC in early 2016 and was critically acclaimed and loved by a dedicated community of gamers, and fills the gap between gaming and reality, creating a compelling narrative experience based on real facts and events.