Following the successful launch across Steam, PlayStation 4, Nintendo Switch and Xbox One (including Microsoft’s Game Pass subscription service) the timeline unveiled today showcases a variety of upcoming developments, from game balancing enhancements through to all new tracks and modes, all engineered to ensure GRIP: Combat Racing remains a competitive and engaging experience.

In addition to the extensive roadmap of additional content, 2019 will see GRIP: Combat Racing fully enter the competitive sphere with a new race series. Full details of regional events and partnerships will be laid out in the new year.

Prospective racers who want to learn more about the game, join regular PvD (Player vs Dev) game sessions, and show off their skills should check out the GRIP: Combat Racing community on Twitter at @gripvideogame, Facebook at @gripvideogame, via #GRIPCombatRacing, and on Discord.

“GRIP has already travelled lightyears from its roots in early access and we’re delighted to continue that journey,” said Chris Mallinson, Game Director at Caged Element, “From creating the ultimate Rollcage-inspired experience fans had been waiting for, we now move forward into a new phase, shaping the game for the future – we have so many exciting ideas we can’t wait to share with you all. This is just the start.” 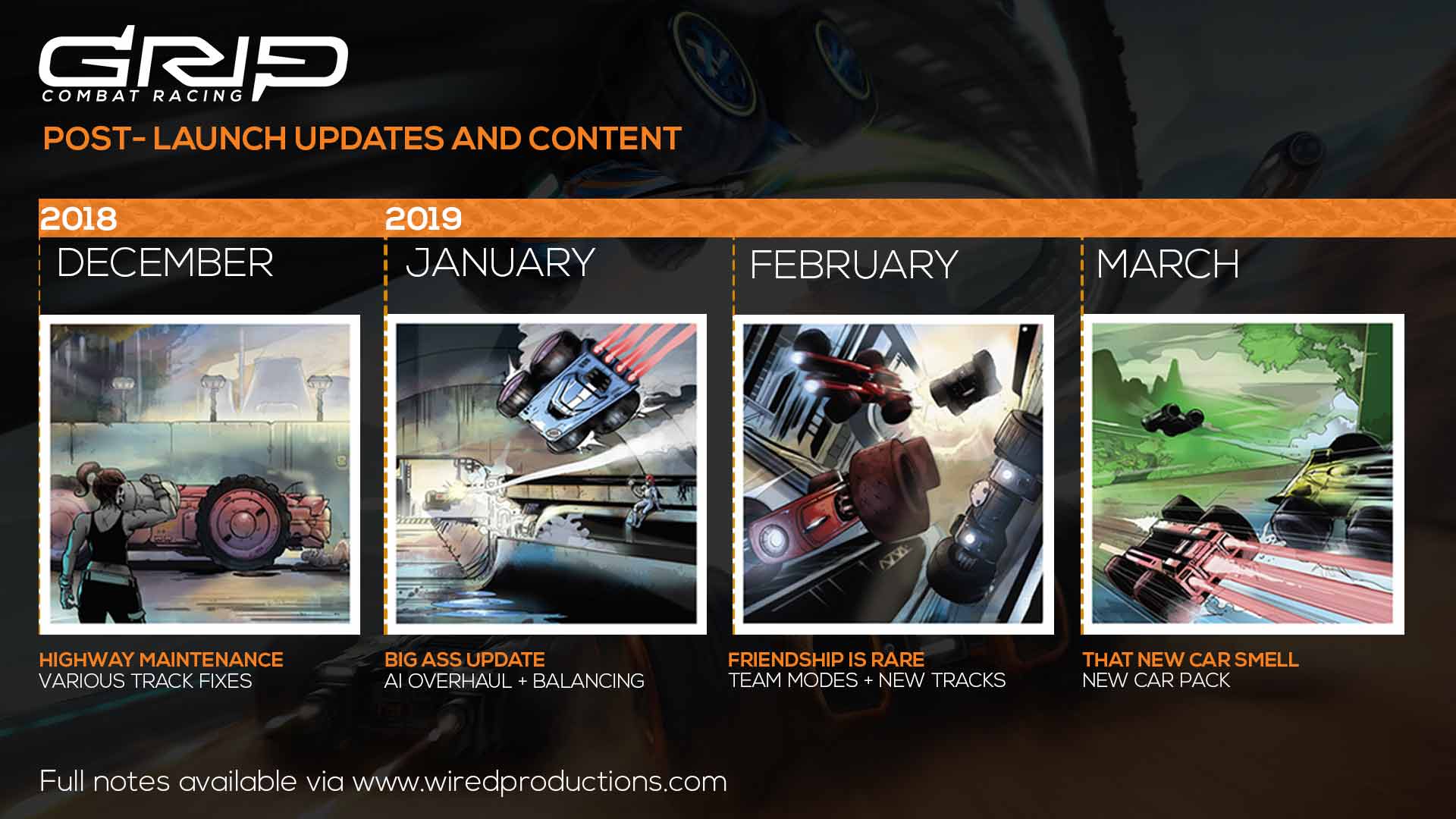 Caged Element is an innovative new development studio headquartered in Toronto, Canada, formed by a group of seasoned racing game developers and fans. Nostalgic for the return of the hardcore combat racer, their debut title GRIP quickly gained profile through Steam early access and is now hurtling towards an all formats release in 2018.