Shaq Fu is a fast-paced, dynamic beat-'em-up combining modern and classic approaches to the genre.

The world is on the brink of disaster. Demonic celebrities have taken over the planet. Only one man can save us: a poor Chinese orphan named Shaq Fei Hung.

In Shaq Fu, players take control of the unstoppable Shaquille O’Neal as he fights his way through the hordes of Hell and Hollywood. Defeat dozens of enemies, as Shaq learns new moves, travels to unique locations and battles the legions of the damned. At the end of each journey, Shaq must face down a powerful boss ripped straight from tabloid headlines and bent on our destruction.

Will he triumph? Of course, he will… It’s Shaq.

A Legend Reborn is the spiritual successor to the original Shaq Fu dubbed the ‘worst game ever’. A Legend Reborn aims to right this wrong and restore the legacy of Shaquille O’Neal.

This independently created and produced game features a brand-new hero, this one is not an endorsed celebrity but a parody of one of the greatest heroes of our time. Some fool has been icing celebrities and he ain’t slowing down. When the fuzz can’t crack the case and the private dicks don’t have a clue, Dirty Barry gets the call. Jet to Paris and even outer space, battling crazy bosses and their mad minions as the ex-POTUS-on-notice dispenses justice for all. 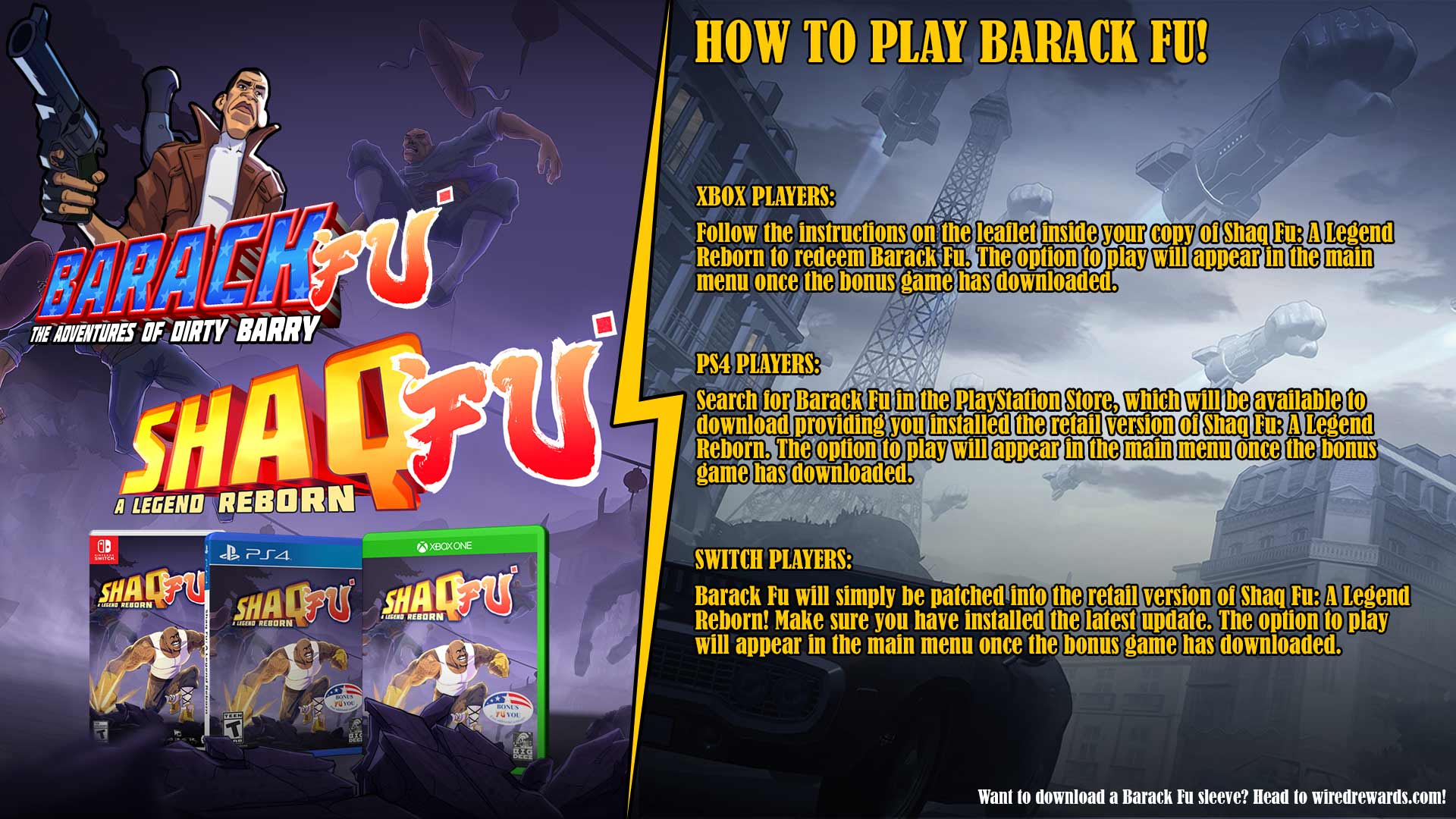 Shaq is back, and not just in Shaq Fu: A Legend Reborn! To celebrate the... Shaq Fu is a fast-paced, dynamic beat-'em-up combining modern and classic approaches to the... The official Shaq Fu 'Don't Fu it up' t-shirt Created with the finest shade of... It's the coolest Snapback ever, because it's the official Shaq Fu: A Legend Reborn Limited...