Live Rich and Be Prosperous!

Do you love money? You’re the newly appointed CEO of Vostok Inc. As a greedy, space-capitalist your ultimate goal is to make as much as you can.

First, you’ll need to raise some start-up capital by twin-stick blasting enemies, asteroids and anything else that gets in your way; then embrace your new-found quest for moolah as you colonise, explore and exploit over 40 planets across 6 unique solar systems. Harvest planetary resources and rescue executives to multiply your profit margin, while you stay blissfully entertained with a whole host of captivating retro mini games that will keep you coming back for more.

Battle your way through each new solar system, take down evil bosses, enjoy a thumping customisable synth soundtrack, then kick back, relax and let the moolah roll in to make you filthy, stinking, rich!

“The manner in which developer Nosebleed Interactive has fused a clicker game to a twin-stick shooter and made sense of it is impressive.” PSU

Game of the Show - EGX - Pass The Controller 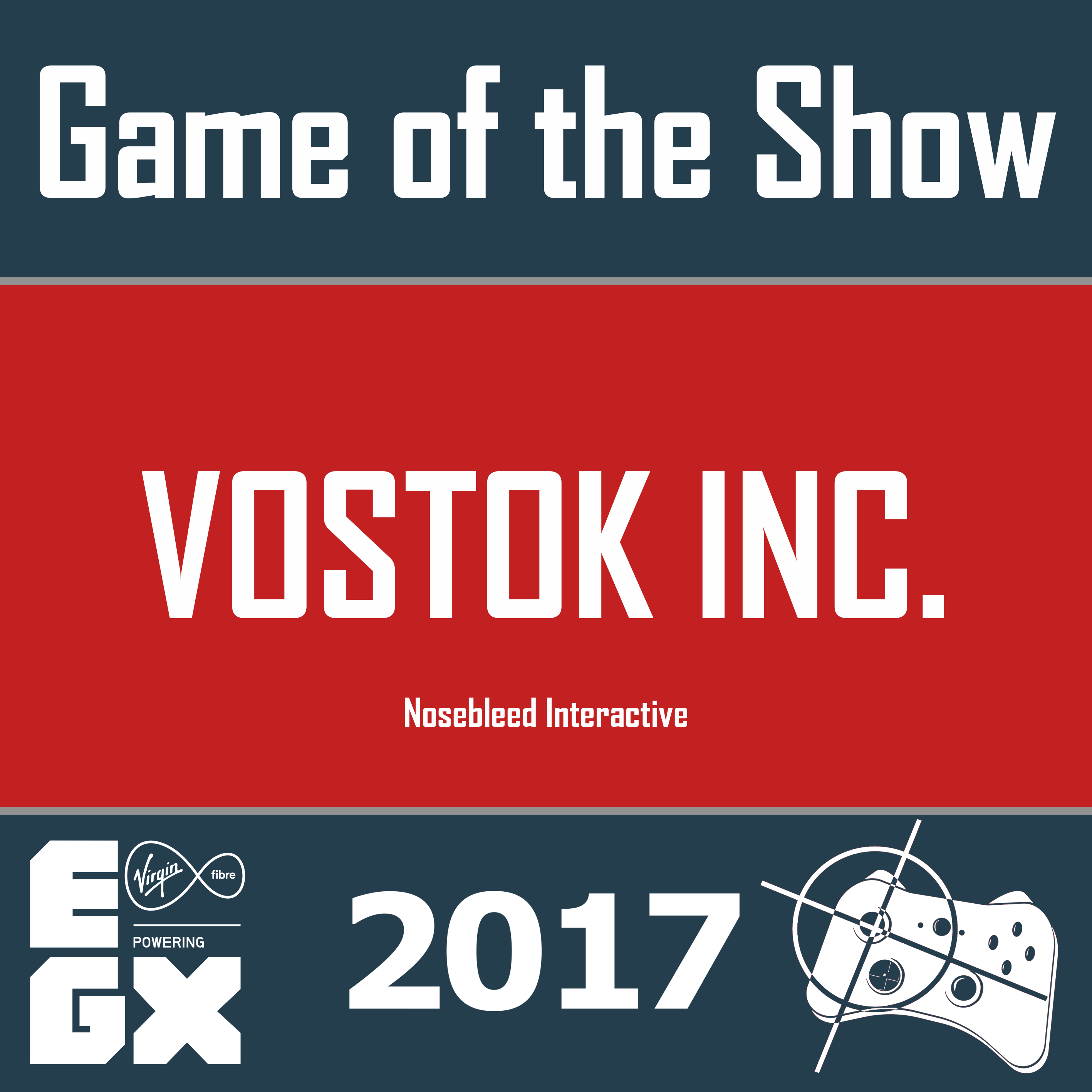 We know you love money, so we are pleased that you have decided to become...